Updates
Dataset Processor versions
The Dataset Processor determines how data uploaded to the Data Repo is interpreted by Quantemplate. It is periodically updated to improve performance and usability. 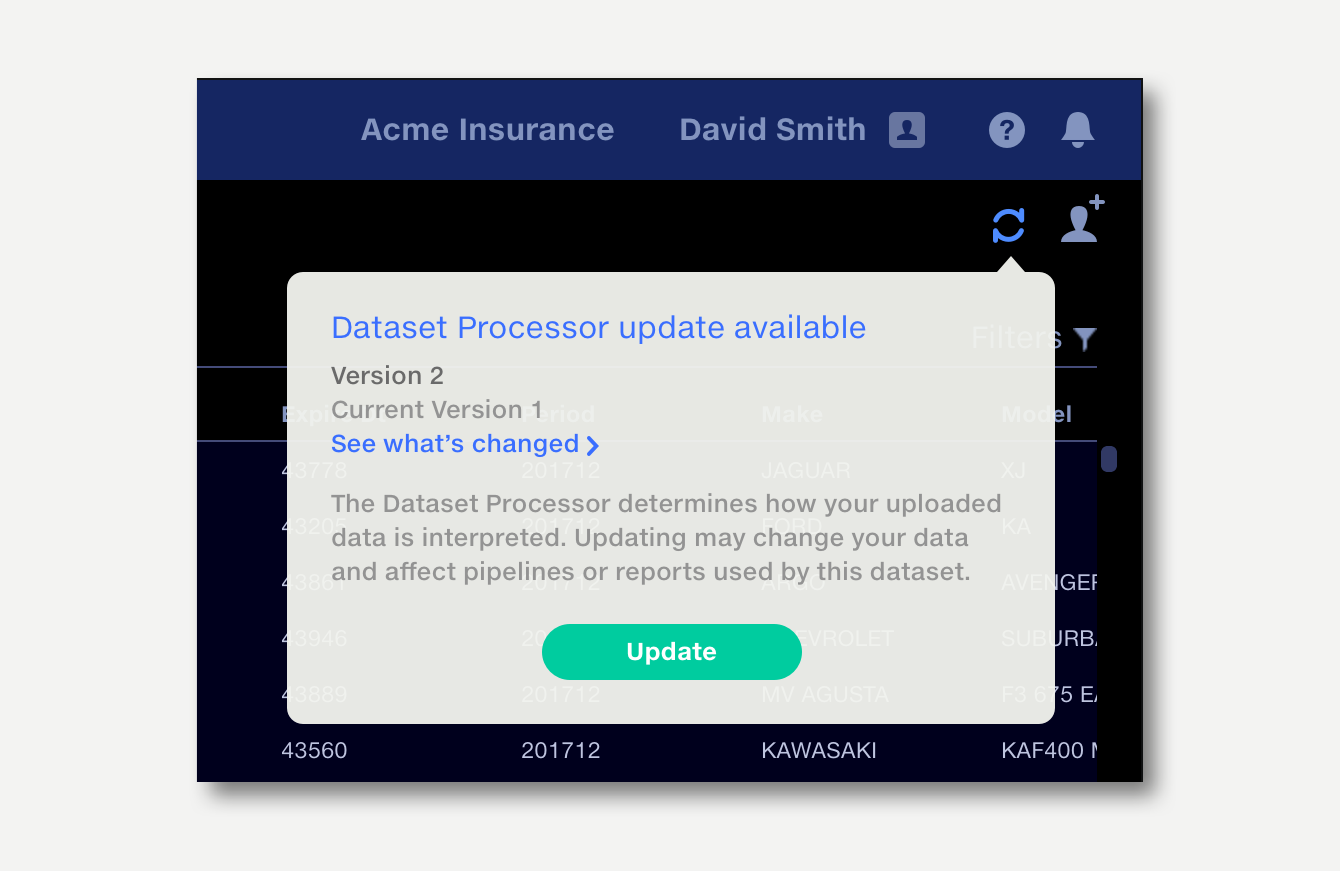 Reinstates the Version 1 handling of error cells by storing the cell vaue as "
ERROR:
" + the excel error code.
In Version 2 of the dataset processor, cells that had an excel error (#Value!, #N/A etc) were shown as blank.